The Eurogamer Expo for 2013 ran over 4 days, Thursday through to Sunday. Out of those days I have been able to attend the Thursday and the Saturday. Both days were exciting but for different reasons.

Thursday 26th September 2013 – Day 1 – I was at Eurogamer Expo as part of the Train2Game exhibit, meeting other Train2Game students and telling them about the team I am in for the Microsoft Venture as GallantCloud Games. After we had done our talking bit and answered questions we mingled for a bit and then off to the show floor.
Walking around we saw lots of new and exciting things coming soon to existing consoles. We even got to see some of the latest consoles and technologies, PlayStation 4, the Oculus Rift a VR headset.
As expected, the queues for the games were long and frequent. Games such as Assassins Creed IV, BattleField 4, Wolfenstein and TitanFall all had queues that twisted and twirled up and down their area section floor. People queued for hours to have around 20 minutes worth of play for these games.
The game stands I wanted to see in action included Batman:Origins, Killer Instinct, Tearaway, Lightning Returns:FFXIII, Super Mario 3D World, Beyond: Two Souls, Destiny, and after seeing all these there were lots more. The Indie section had games that looked both good and average, but all were interesting to see.
There were lots of hardware stands around including Alienware, Razer, Turtle Beach, Intel, showing off and demonstrating their latest technologies.

The visit to Eurogamer Expo wasn’t just about seeing the latest games and enjoying myself, while walking around and looking at the games each one sparked an idea in my head to apply to the future game development. Along with that the GallantCloud team made a few contacts to use in the future.

Saturday 28th September 2013 – Day 2 – I went back into London Earls Court for my second visit. This time I took the family to the event. The main reason was to join in with the app development for Train2Game. We spent some time drawing assets for the various windows 8 app games being created, a rocket and some moons, we even got to meet Hugh Bonneville (Lord Grantham of Downton Abbey) who was really nice and got to hear about the Train2Game students of GallentCloud Games and their involvement with the Microsoft Venture. Then we headed to the show floor to walk the stands. Sam loved Lego Marvel Super Heroes (we went to that game twice!) And he also played Tearaway on PSVita and got on with it so well! We also met Sonic, a knight cosplayer, and lots of other friendly people. It got a bit too much for the non-gamers of the family so we left and got to spend some time with family members in London Waterloo before heading home after an exciting day.

Thank you Train2Game for getting the passes to the Expo. We really enjoyed taking part on both days we could attend, learnt a lot, and hope our participation added value.

We got some great pictures during the whole event. Below are some of them. 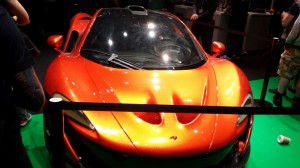 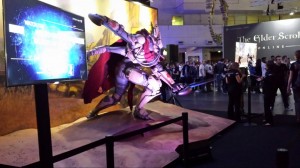