This is the last update I will be giving on Rift Beta. Not because I have moved away from it, just that the Beta has ended and it’s now on to the finished game and it’s release.

Rift gets released on March 4th (for Europe), but for those that have pre-ordered (like myself) then there is a Head Start period, a time when users are able to log in and get a “Head Start” on the game. The Head Start begins on Thursday 24th February and runs all the way until official launch day. I’ve also gone for the payment option that saves me the most!

Anyway, back to the Beta… I’ve been on and off the Beta due to time constraints, but overall it has proven to be a great way to get in to a game, understand where it has come from and certainly get a feel for what type of gameplay I am looking to get from the game overall.

I have taken part in PvP action. It is great to do, but not all the time. The bonus of having a quest initiate the PvP and you zone in to a specific capture the flag type event zone is great. I even got top of the leaderboard for most kills! 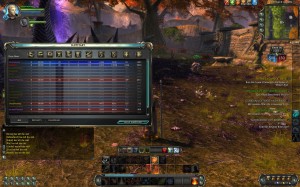 The rift raids continued to come thick and fast during play times. I often found my NPC characters required to complete quests had gone off to help fight the creatures emerging from the rifts which meant I was unable to complete the quest until the rift was closed. Not a big problem, just a time consuming one!

And I also learnt about Souls… I actually get what it is I’m supposed to do with them all! I had purchased a new role ages ago not really understanding what it was I was doing, but when I ended up with 4 souls and only 3 slots it soon dawned on me that I had to switch roles and reassign which souls I wanted to use. This has given me a better understanding on what types of souls I want to play after the launch.

And pets, mounts and other companions, I discovered where to access and use these from. I purchased my mount once I had hunted down the mount seller. It’s a massive rhino donkey type thing. By going to the Character select screen and selecting the Mount tab I was then able to create a hotkey to summon and banish it. The same with the companion pet thing that I was rewarded for pre-ordering … it took me ages to figure out where it was and how to summon it. It’s pretty much the same as finding and summoning the mount!

This is the final screenshot I took of Shadowpuma before Beta closed. 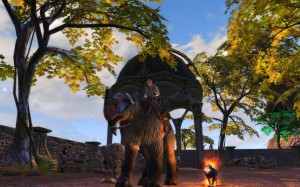 I have loved every moment I’ve been on the Beta of Rift and I have certainly not found any bugs or things I would change, but the changes that were made have been for the better and not the worse.

Be assured that this is no way the last blog I will be writing up on the subject of Rift!