Shadowpuma, my first character within Rift, has reached maximum level … 50! 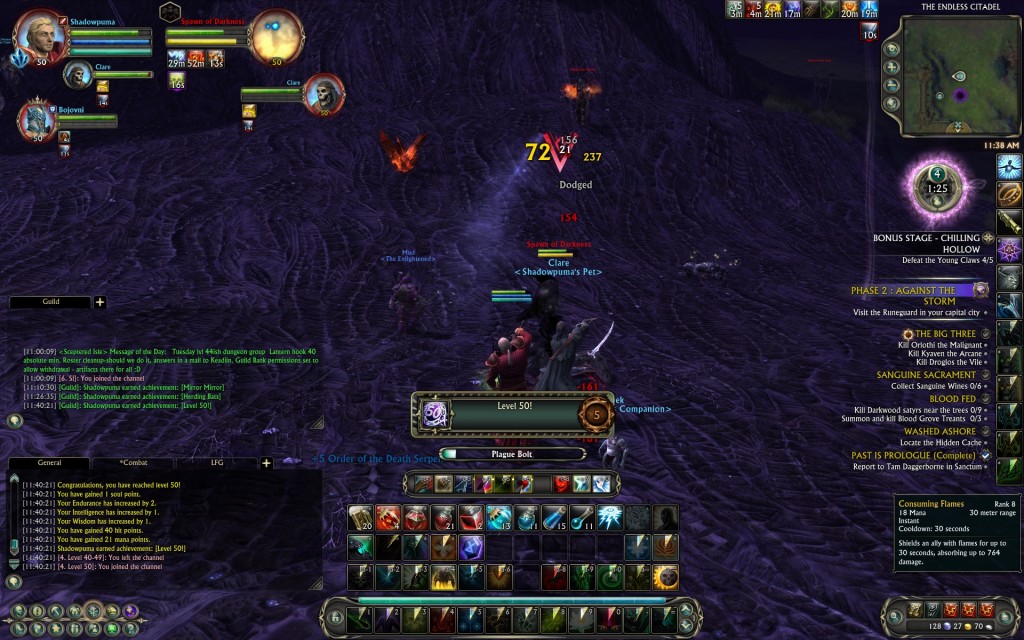 But that’s not the end of Rift. There are still loads more things to do … Quests to complete, zones to adventure in, PvP to partake in, secrets to unveil, events and raids to go on, … the list goes on.
I have still yet to go on a guild raid anywhere, and I’ve teamed up once with a guild member to venture in to a dungeon and explore and get rewards which was fun in itself. So still lots to do here.
And there is the crafting side of things. I’ve probably not chosen the greatest of professions that go well together, but I plan to get them up as high as I can. Runecrafting being my main one with foraging secondary.

I’d say there is still plenty of life left in the game yet.

And I was looking at a Rift video today posted on the Rift Facebook page which made me also realise I have yet to make any Rift videos of my own. That is something else I’d like to do.