I’m still playing Rift when I can. At the moment Shadowpuma is continuing his adventures as level 50, but alongside is Shadowsong. I created a Rogue character that specialises in being a Bard, playing songs for the benefit of others along with dealing damage to the enemies!

So far I’ve enjoyed playing this type of character. There is still a lot of long range attacks but then there is the option of getting close and doing more! This is also the first character I’ve taken in to a dungeon in a group aimed at the right level. It was the Realm of the Fae dungeon, and we did really well. A few deaths but we learned from our mistakes and continued on to the end. 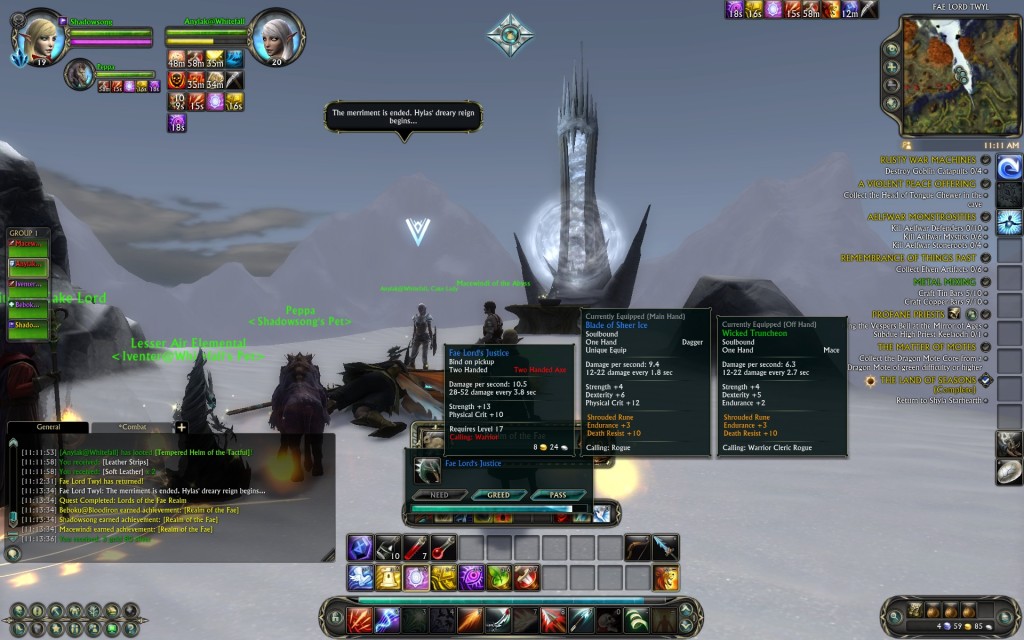 Shadowsong has even joined the Sceptered Isle guild, not to really bring much worth to it, but because of the social aspect once again. I have no doubt that I will get this character up to level 50 also, and then I can start to really play with the souls and roles and make one that is right for me.